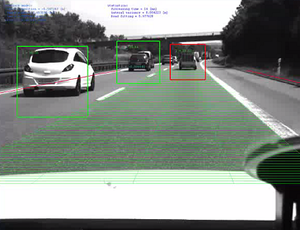 The algorithm for detecting vehicles is based on a Cascade Classifier trained with Local Binary Patterns (LBP) features, coupled with a Kalman Filter, used for estimating the position of the detected vehicles in the frames of the input stream. The input image is being parsed by the classifier using a sliding window approach. When an object of interest (vehicle) is found, a track object is created for the respective object, which will accompany it throughout it's lifetime (the amount of image frames in which the object is still present in the scene). The Kalman Estimator is used to obtain a more fluid tracking of the detected vehicles (without "flickering"). 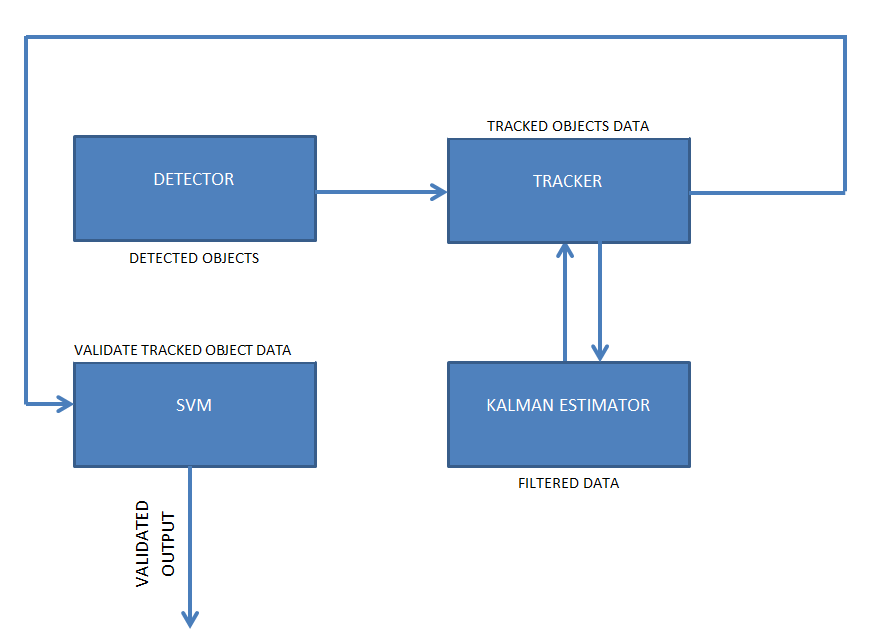 For the task of reducing the number of false positives, a second detector is available, which scans the objects contained in the tracks and, if the respective object passes as a true positive, it is kept. Otherwise it is rejected. This detector is based on a Support Vector Machine algorithm.