Abstract: Grid maps obtained from fused sensory information are nowadays among the most popular approaches for motion planning for autonomous driving cars. In this paper, we introduce Deep Grid Net (DGN), a deep learning (DL) system designed for understanding the context in which an autonomous car is driving. DGN incorporates a learned driving environment representation based on Occupancy Grids (OG) obtained from raw Lidar data and constructed on top of the Dempster-Shafer (DS) theory. The predicted driving context is further used for switching between different driving strategies implemented within EB robinos, Elektrobit’s Autonomous Driving (AD) software platform. Based on genetic algorithms (GAs), we also propose a neuroevolutionary approach for learning the tuning hyperparameters of DGN. The performance of the proposed deep network has been evaluated against similar competing driving context estimation classifiers.

. In our work, the grids used for driving context classification where built using the Dempster-Shafer (DS) theory . From the different fusion rules proposed in literature, the DS rule was most suited for our work. The issue which arises here is how to combine two independent sets of probability mass assignments with specific situations. The joint mass is calculated from the

and sets of masses. The DS combination is defined by taking for all :

The idea behind OGs is the environment’s division into 2D cells, each cell representing the probability, of occupation. Each cell is color-coded, green pixels representing the free space, red marking the occupied cells (or obstacles) and black models the unknown occupancy. 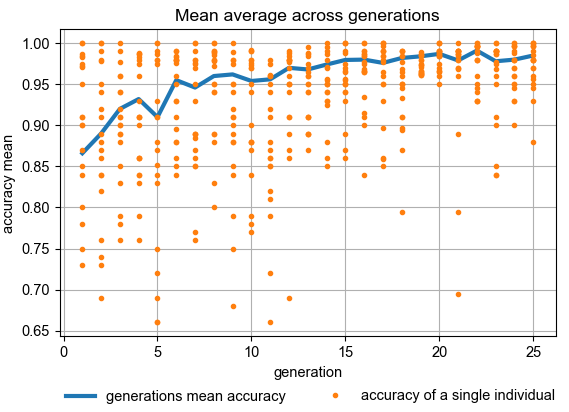 Genetic algorithms are used in our work for finding the optimal hyperparameters set encoding, that is, the optimal number of neurons in each layer, most suitable optimizer and the best cost function for backpropagation. This allows us to determine the smallest deep neural network structure, which can deliver accurate results, as well as real-time processing capabilities. The hyperparameters set used during training consists in optimizers (rmsprop, adam, SGD, adagrad, adadelta, adamax, nadam), loss functions (categorical crossentropy, mean squared error) and number of neurons (16, 32, 64, 128, 258)

The DGN architecture has been developed for deployment within EB robinos, where smaller activation maps are required in order to achieve real-time performance. The DGN's topology consists of two convolutional layers with 32 and 64 kernel filters, respectively. The convolutional kernel has been reduced to a 9 X 9, respectively 5 x 5 size for the first two network's layers. Rectified Linear Unit (ReLu) filters each convolution, followed by a normalization layer and a pooling operation. The network also contains three fully connected (FC) layers linked to a final Softmax activation function which calculates the driving context probabilities. In order to reduce the model overfitting, Dropout layers were added. 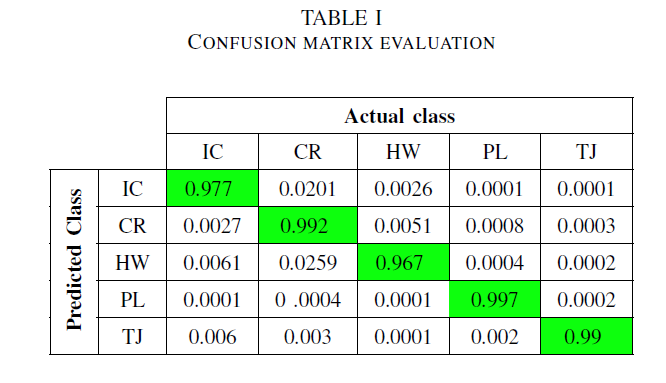 We have calculated the DGN's accuracy for five different road types: inner city (IC), country road (CR),parking lot (PL), highway (HW) and traffic jam (TJ). A comparison of DGN's accuracy against state-of-the-art methods is presented in the paper. The competitors are several network topologies, like AlexNet, or GoogleLeNet. All algorithms were tested with respect to the same testing data. The classification results obtained with DGN are clearly higher than the ones delivered by the competing estimators.