Oct 2019
On 19th of October our Elektrobit&RovisLab team consisting of Raluca Tarziu and Mihai Zaha won the 3rd place at the national contest of drone autonomous driving. The event was hosted by the Technical University of Cluj-Napoca and represents the first one of this type organized in Romania.
The two challenges of the competition were to build an autonomous system that performs drone navigation and person tracking. During the first challenge, they had to be implemented an application that would enable the drone to move along the hallway. The latter app had to perform person tracking in a structured environment. In both challenges the video information from the camera of the drone was used to perform the desired tasks.
The other participants were part of the Automation and Computers Faculty, Mathematics and Informatics Faculty and from two companies: Accenture and Bosch. The jury, composed of university members and external guests from industry, decided to offer the 3rd prize to our team. Moreover, our team also received the special prize, for the best person tracking app. 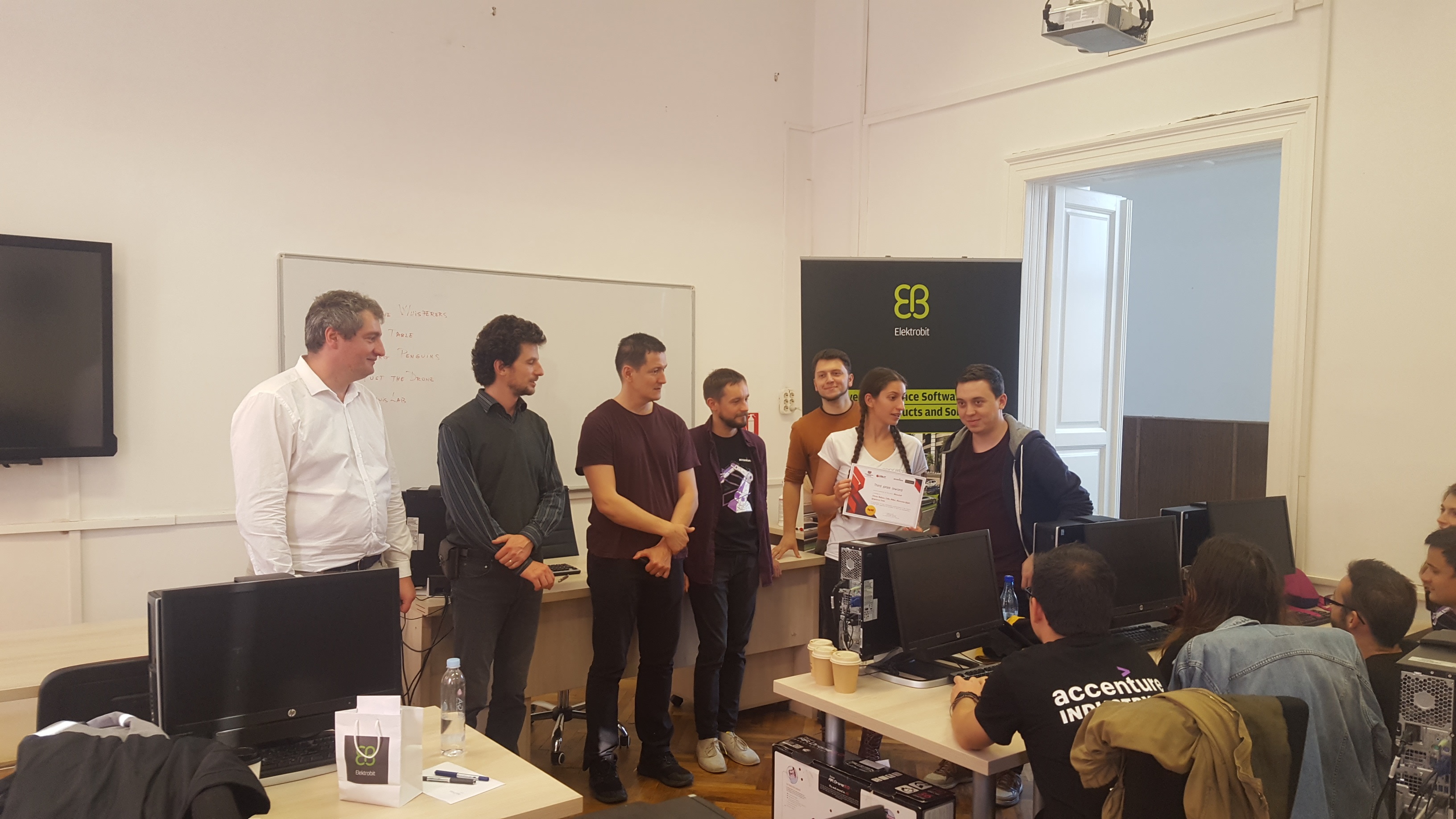 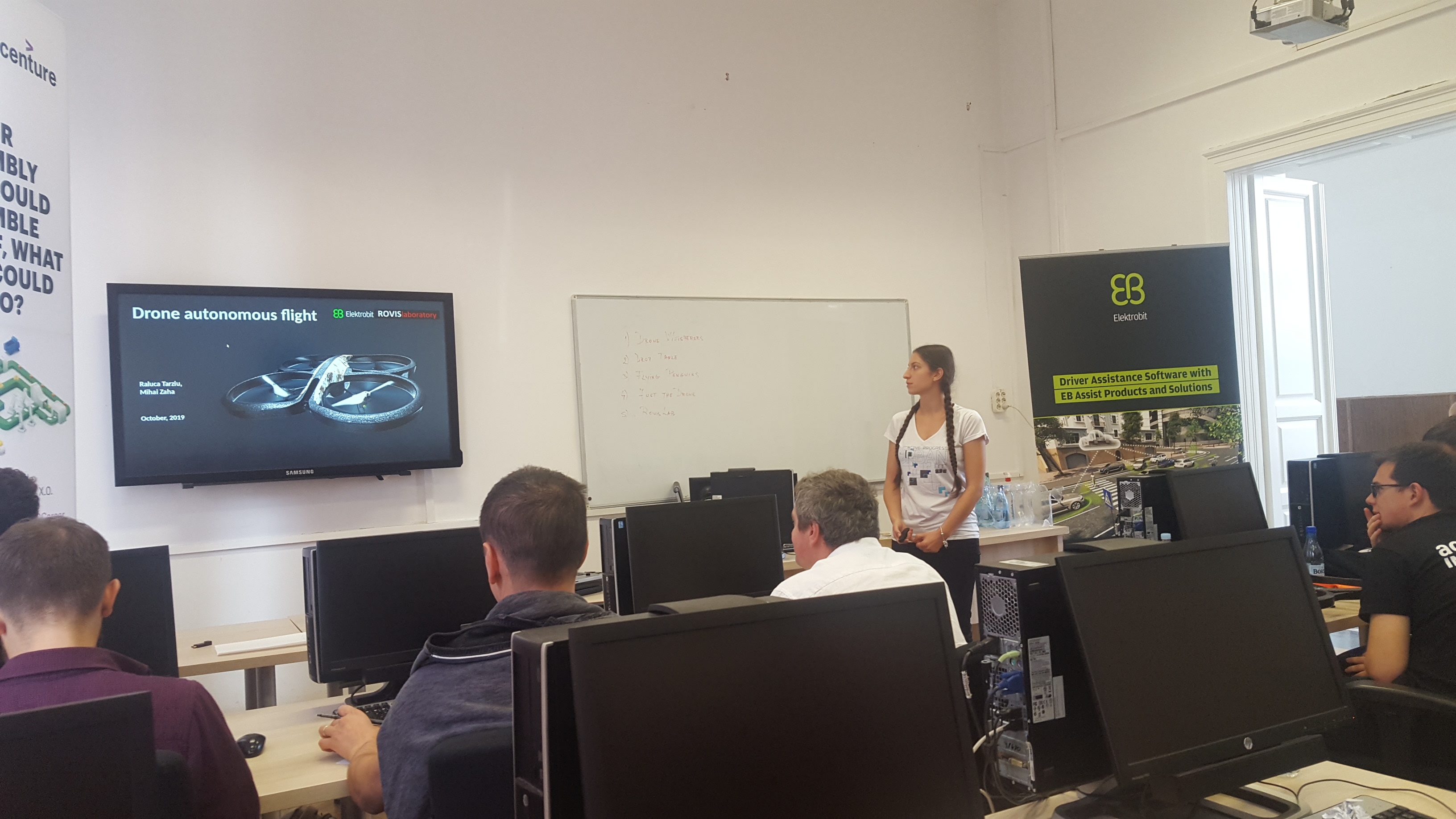 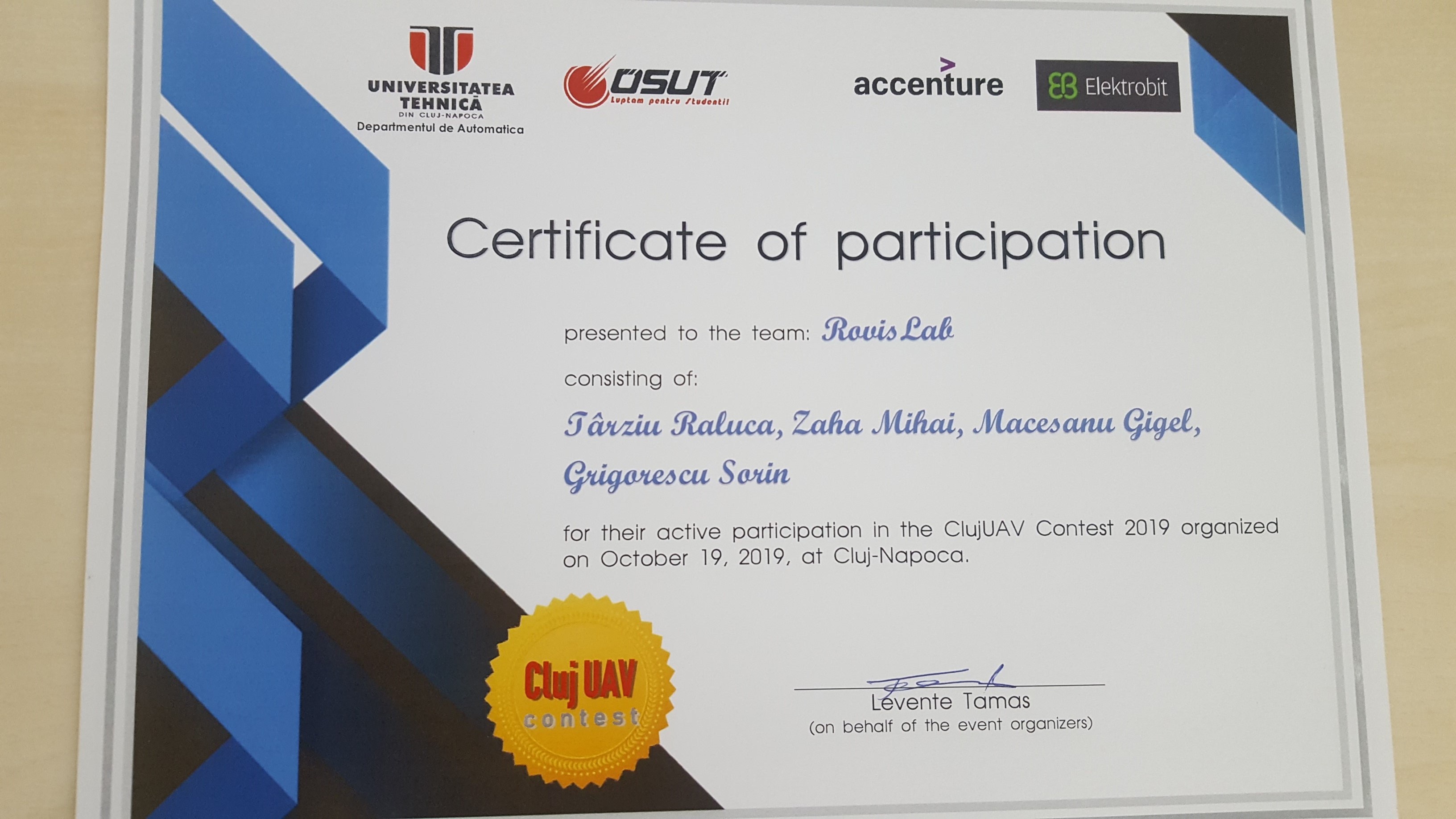 Check our person tracking system in the video below.